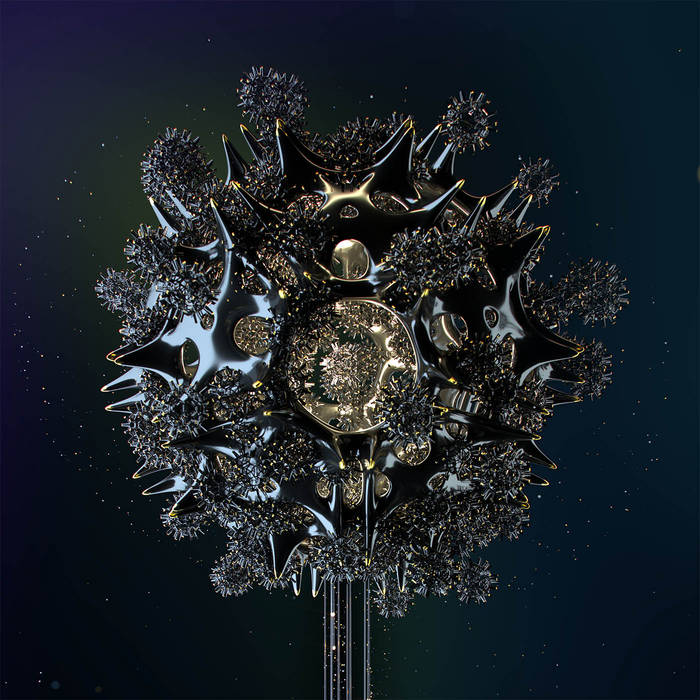 infrontcat Can't often say "They don't sound like anyone else" and be 100% sure. But in this case it's true. Fred's voice is a fine wine that improves with age and Mr Cordoba is provides the crystal cut guitar to provide the perfect accompaniment. Favorite track: Goodnight, Satellite.

Hot on the heels of “THE SPOILER VERSIONS” and “SPIRIT IS THE POWER” in 2018, Jack Adaptor release the third record in their modernist trilogy - “THE GILDED SOUND” - on limited edition CD and DL on September 27th 2019.

Lyrics and vocals are supplied by Paul Frederick (The Family Cat), whose esoteric song-subjects are a perfect fit for Cordoba’s textured, even psychedelic, song-building. Engaging enquiringly with war-mongering Presidents, avant-garde cinema, terrorism, facial recognition technology, high-school reunions, fear of work, fear of Scrabble, the need to wait and see.

"THE GILDED SOUND” is the pop album JA have always wanted to make. In our frenzied times they have made a subtle statement about the state of our world, to dance though the dark times – but with a twist.

JACK ADAPTOR
"intelligent pop music with suss which maintains that there is still something of worth to be done with that form of expression. why is no-one else doing this?" Louder Than War
Jack Adaptor are Paul Frederick (formerly of The Family Cat) & producer Christopher Cordoba. 2018 sees the release of their finest album yet. The Spoiler Versions, a meditation on modernity and mortality. ... more

Bandcamp Daily  your guide to the world of Bandcamp

Featured sounds from Fly Lo and Ahmed Idris, plus Mother Nature hops on to drop off new project